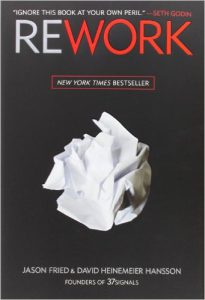 Rework is a book that rocks the business world. It has a unique approach and does not corroborate the same old traditional advice found in a majority of business books. It tosses out old business rules that are considered obsolete and mainly focuses on internet-based businesses; however, most of their new rules will function smoothly in other industries too.

Experience matters a lot and the founders of Basecamp, who are also the authors of Rework, have gained tremendous experience in the real world to offer readers pragmatic tips and suggestions. Having been in the business for over a decade, the entrepreneurs have gathered the best concepts that have made the book a role model for many. Rework redefines business rules to fit the realities of progress and achievements in the 21st century.

$5.12 for the Kindle version, $12.92 for the Hardcover version, $7.91 for the Paperback version and free for the Audible version

Rework is for business owners who want to find a better, easier and faster method of being successful in their industry. It’s also meant for people who want to improve their productivity and reach out to the masses without burning a hole in their pocket.

The book is suited well for small business owners, staunch entrepreneurs, people who despise their day jobs, artists who love to live a life of abundance and victims of “downsizing”.

Seth Godin, who needs no introduction, says that the book will make you feel extremely uncomfortable since the authors have proved that the general way isn’t always the right way. He adds that the book will surely make a difference and that there cannot be any possible excuse for not purchasing the book.

Tom Peters of New York Times shares his experience on how the book brought him to near-tears on many occasions because of its inventiveness on business and life lessons. He labels the book as being “bloody brilliant”.

The advice which can be found in every chapter of Rework runs contrary to the general business lessons which can easily be seen in other business books, which is the reason behind it being a fabulous read. It shows an entirely new way on how to succeed in business.

The language is easy to understand and is not based on academic theories but on the long and strong experience of the authors. You’ll not find any filler or jargon here; instead, the authors have laid down some brilliantly simple rules for success.

Why Buy the Book

Rework is for anyone wanting to achieve success on his own without having a huge team or spending excessively on advertising. It shows you how not to get caught up in the rat race and instead focus on the right things.

Another brilliant aspect of Rework is its laconic format that offers readers powerful and short messages that have been trimmed to the most important and leanest facts. The inspiring ideas of the authors shows you the tricks on how to make a modern firm successful. 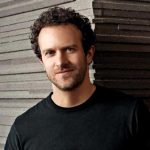 Jason Fried is the co-founder and President of Basecamp, previously known as 37 signals, based in Chicago. Some of his products include Backpack, Highrise, Ta-da List, Writeboard and Campfire. He’s also an active contributor to the company’s blog-Signal vs. Noise. Contact him on Twitter.

A loyal partner of 37 signals, David Heinemeier Hansson, is responsible for the creation of the framework of the Ruby on Rails programming, which powers most of the products at 37 signals besides Yellow Pages, Hulu and Twitter.

$5.12 for the Kindle version, $12.92 for the Hardcover version, $7.91 for the Paperback version and free for the Audible version

About the Author: Pankaj Mondal 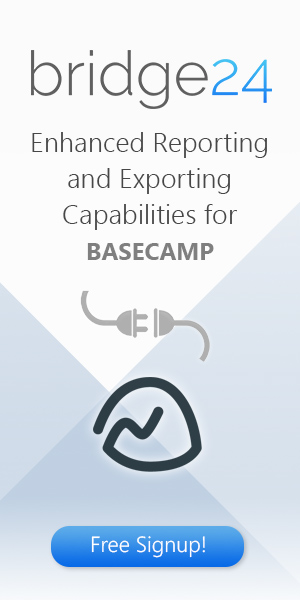